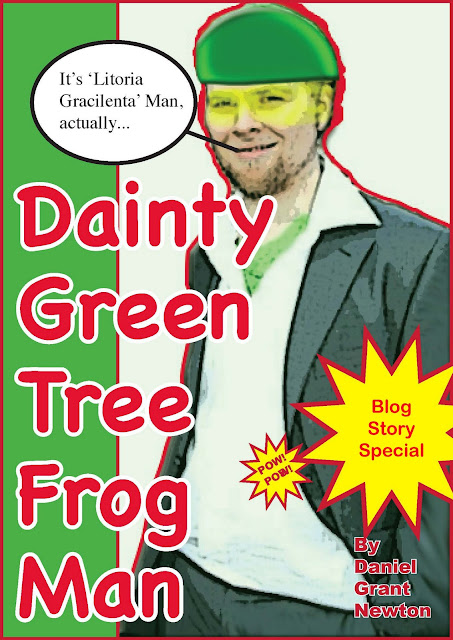 On a sticky Brisbane night, the CityCat ferry glided past New Farm Park; its twelve passengers watching the shoreline pass, unaware of what was lurking in the waters below.  For just under the surface of the water, a dark, sinister character slithered after the ferry.
The CityCat jolted to a stop.  A pungent, putrid, fishy smell assaulted the air.  The passengers and captain looked about frantically. And when the culprit appeared, their eyes widened and mouths dropped comically.  There, rising from the Brisbane River, was the most feared super-villain this fine city had ever let escape from prison.
‘It’s The Lungfish,’ one woman cried, as she clutched her baby.
‘I could never have imagined something so… disgusting,’ proclaimed another woman putting her hand over her mouth.
The Lungfish wore a maroon wetsuit, crimson boots, and a crimson gas mask.  He pulled himself up onto the ferry with his flipper-like arms.
‘Beware citizens of Brisbane, for I have had enough of your environmental negligence and ignorance,’ cackled The Lungfish.  ‘When my evil, unassailable plan goes ahead without disruption, it shall be the “Human Brisbanian” who will be endangered.’  He bellowed with laughter, but the passengers did not share in his amusement.
Suddenly, a big curling letter ‘F’ was illuminated onto the clouds from the city’s Skyneedle.
‘Look, we’re saved,’ yelled a man gaily as he pointed to the symbol in the sky.
‘Damn it!  The captain must’ve contacted Stefan the hair dresser, the owner of the Skyneedle and close friend to my arch enemy,’ growled The Lungfish, explaining parts of the story that the reader might not understand the significance to.  ‘This means I’ll have to skip my usual spiel about caring for the environment and introduced species, and just release the bloody poisonous gas.’
‘Not if I can help it, Lung-face,’ came a soft, high-pitched voice from behind The Lungfish.  The Lungfish swiveled around.
‘Look, he’s here,’ called one of the passengers.  ‘It’s Dainty Green Tree Frog Man.’
‘Yes,’ came the voice, ‘but I prefer to be called “Litoria gracilenta Man”.  It’s my scientific name: a little more Latin and a little less vulnerable and pretty.’
Dainty Green Tree Frog Man, or “Litoria gracilenta Man” as only he called himself, stood for justice, freedom, democracy, barbeques on Sundays, beach cricket, drinking locally produced beers, metro-sexual men’s rights, and the Brisbane way.  He wore a lime green lycra suit, big yellow goggles, a plastic utility belt, a lime green beach towel around his neck like a cape, and a lime green bathing cap.
‘Nice of you to hop on in, Dainty Green Tree Frog Man,’ sniggered The Lungfish.  ‘But I’m afraid frog soup is on the menu tonight.’  Slowly, a brown gas began to envelope the boat.  ‘Sweet dreams, Dainty Green Tree Frog Man.’
‘That’s “Litoria gracilenta Man”,’ choked the lime green superhero after The Lungfish.  If only – I – could – get enough – strength – to follow him – then – I – could – find out – where – The Lungfish Lair – is, thought Dainty Green Tree Frog Man.
Splash. Lungfish disappeared into the sluggish river while Dainty Green Tree Frog Man and the passengers of the CityCat fell to the ferry’s floor and desperately struggled for oxygen.
‘Never fear law-abiding citizens, my “anti-poisonous-gas-vacuum” will save us,’ announced the hero in green as he weakly pulled a machine from his utility belt.  He fiddled with the dials on the machine, and the gas suddenly dispersed.
Click here for Part 2.  Subscribe to this blog to follow the crazy adventures of Dainty Green Tree Frog Man.
Posted by The Last King of Shambhala at 15:23 No comments: Links to this post

A quirky animated story about a woman from the Island of Mu, traveling to Atlantis with a drowned rabbit inside her head, to find her husband, believed to be swallowed (not eaten) by a mechanical dragon.

So pretty standard story then...

I wrote the song at the end, but the song wouldn't have been what it is without the amazing talent and genius of Colin and Anabel (who lent her voice to do Amoretta).

And if Colin puts any videos up on his page, I can assure you they'll be really good too. But as he has not yet, I won't put it up here.
Posted by The Last King of Shambhala at 06:16 No comments: Links to this post

5 Easy Steps to Generating Ideas for Your Next Blog Article


When people find out I write a blog, they first ask me if I write articles about them. I of course answer that my blog is entirely about them. In reality however, this blog is entirely about you.
They then ask if I make money from my blog, or how I find the time to write a blog. I then answer with the same answer, no matter which question they've just asked. I say I own a time machine and plan to sell it on my blog. Haven't had any bids yet though.
Then finally, they ask me how do I come up with ideas to write about. This is a much harder question with a more considered answer. And so I thought, although I usually answer this question in the form of interpretive dance, today I'll write a blog entry about it.
5 Easy Steps to Generating Ideas for Your Next Blog Article 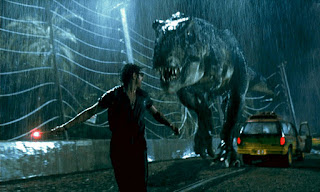 Step 1: Feed Your Dinosaur
This step is a basic step, but one that is often ignored by bloggers. You'll be reading their blog every day when suddenly their entries simply stop. This is because they have not fed their dinosaur and it has eaten them. If you keep your dinosaur well fed, then it won't look for other sources of nutrients. Remember, when you are dead and in the stomach of a dinosaur, blog ideas do not come readily. 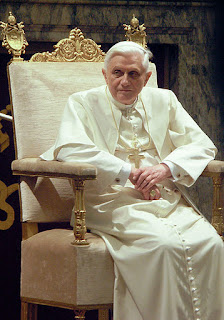 Step 2: Find a new hobby, have a child, or join a religious group
When you trawl through the many blogs out there to plagiarise their ideas, you will find many bloggers write about their hobby, their family, or their religious beliefs. If you have not done one of the following, then you may find yourself having trouble coming up with ideas. My recommendation is to do all three. Or combine them: make a hobby out of converting children you birth to different religions and blogging about it.
(P.S. I'm not fond of 'plagiarising of ideas' ... despite the joke above. I actually think it is the worst thing in the world after cancer, terrorism and the teletubbies.  NOTE: borrowing iconic pictures from well-known movies or video games to put into my blog does not count as plagiarising.  It is satire.  Completely different.) 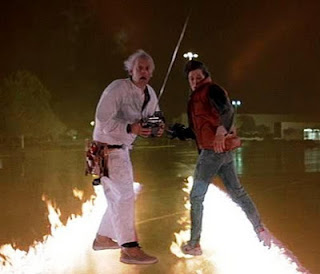 Step 3: Travel back in time
Finding the time to write an entry is a common problem amongst blogger. But not when you have a time machine! All you need is a car that can travel 88 miles per hour, a flux capacitor, 1.21 gigawatts of electricity, and open road, baby. And not only does it give you much more time to think up an entry and then write it, but also you can go back in time and interview Socrates or Sir Isaac Newton or Brittney Spear's career. Ensure that you keep time machines away from children.
_________________________________ 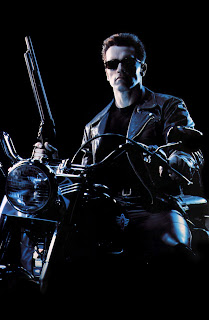 Step 4: Buy a Bloginator
Bloginators are very useful for bloggers. Essentially it is a machine whereby a blogger feeds paper into it, and out the other end come blog articles that become heavily tweeted about.
The risk however is that one day someone will create a B1000, which will be able to think for itself. The B1000 will then rally all the other bloginators, and begin a bloody war with the blogging population.
Then the B1000 will go back in time in an attempt to destroy me because I revealed this secret which gave the military enough time to work out a way to stop the uprising. However luckily I will be saved by a less advanced bloginator which will end up throwing itself into vat of molten steel.

Step 5: Repeat yourself ... nobody will notice
Bloginators are very useful for bloggers. Essentially it is a machine whereby a blogger feeds paper into it, and out the other end come blog articles that become heavily tweeted about.
The risk however is that one day someone will create a B1000, which will be able to think for itself. The B1000 will then rally all the other bloginators, and begin a bloody war with the blogging population.
Then the B1000 will go back in time in an attempt to destroy me because I revealed this secret which gave the military enough time to work out a way to stop the uprising. However luckily I will be saved by a less advanced bloginator which will end up throwing itself into vat of molten steel.
So there you have it, 5 'fool-proof' steps to generating ideas for your next blog article.
Posted by The Last King of Shambhala at 21:28 No comments: Links to this post 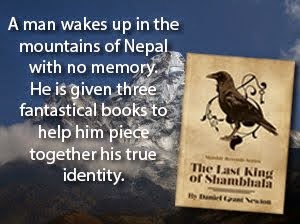 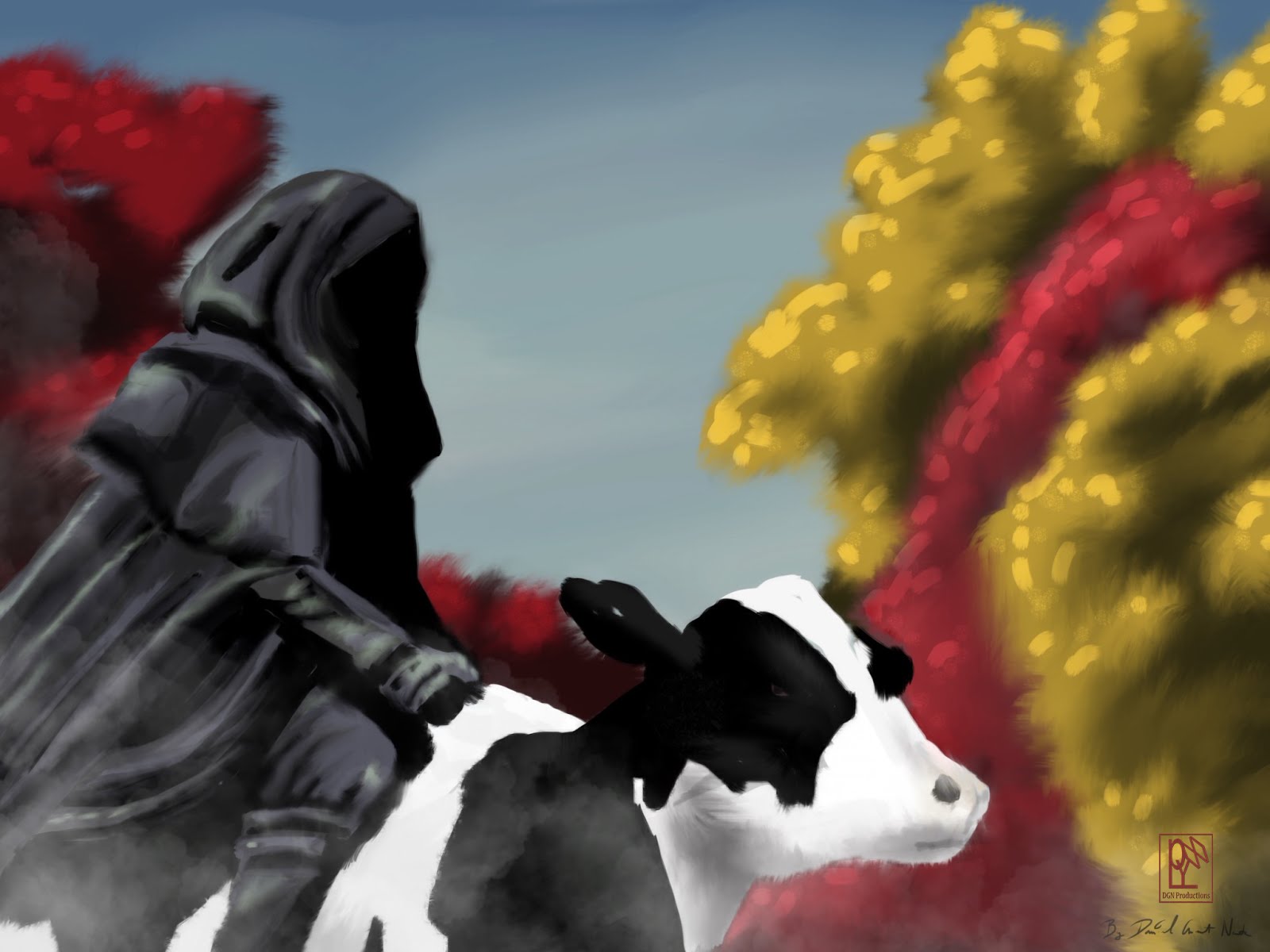 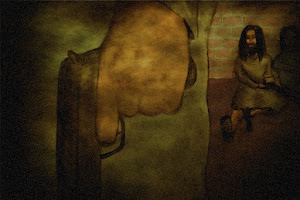 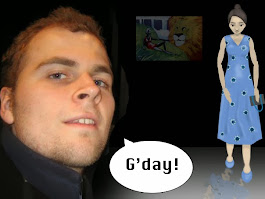